Spencer, employed by NPPD for 36 years, is a graduate of the University of Nebraska-Lincoln with a Bachelor of Science degree in mechanical engineering.  He started his career at Cooper Nuclear Station in 1983 and worked there for 15 years in various engineering and supervisory roles and then transitioned to Gerald Gentleman Station where he worked for 10 years and held the positions of technical leader and station manager.

In his current position since 2009, Spencer has been responsible for NPPD’s non-nuclear electrical generating assets, water systems, and energy management and marketing strategies.

Wiese, a 32-year employee of NPPD, is responsible for the overall management and oversight of the District's transmission and distribution assets.

A 1985 graduate of the University of Nebraska-Lincoln with a Bachelor of Science degree in mechanical engineering, Wiese joined NPPD as a design engineer in the nuclear engineering department. He spent more than 13 years in various positions in the design engineering group and began transitioning into project management In 2001. He managed the construction of the Beatrice Power Station and the Ainsworth Wind Project.

He managed several other projects before becoming the Corporate Projects Manager in 2006. He moved into the role of Director of Asset and Project Management in 2014, then Transmission and Distribution Manager in 2017, followed by Director of Delivery in 2018. He earned his master’s degree in business administration from the University of Nebraska-Lincoln in 2011. 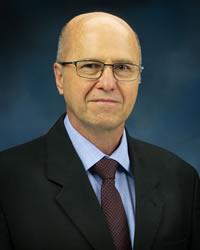 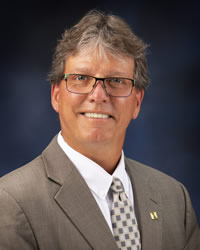