“I am very pleased with the selection of Khalil as our next general manager,” said NPPD President and CEO Pat Pope. “We have an agreement with Entergy to provide support services to Cooper that has been very effective with staff they have brought in. This will mark the first time since this agreement has been in place that we have had an NPPD employee in this role. I am confident in Khalil’s ability to handle this critical position and continue the expected excellent performance at CNS. I also want to wish Joe Sullivan the best in his new position and thank him for his outstanding effort in our operations.”

Sullivan will transition to the general manager role at Arkansas Nuclear One, where he will report to the site Vice President.

Dia will report to Vice-President and Chief Nuclear Officer John Dent. “I’m very excited that we have someone of Khalil’s caliber right here at Cooper that is ready to step into the role of GMPO,” said Dent. “Khalil is a gifted, dedicated hard working leader who, in his 24 plus years at Cooper, has made an indelible mark on the culture at the station, particularly related to teamwork as well as the operational reliability of the plant.

A resident of Nebraska City, Dia is a graduate of Arizona State University and holds a Bachelor of Science degree in Engineering and has done graduate course work at Arizona State.

Sullivan’s came to CNS in 2019 as part of the Entergy management team. He was previously director of performance improvement at Entergy’s nuclear headquarters in Jackson, Miss. 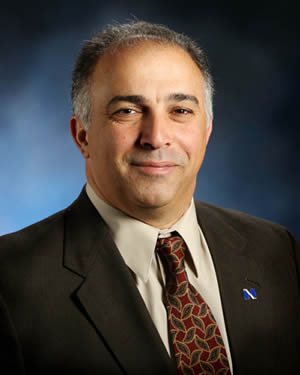