Missouri River water levels near Cooper have dropped to 896 feet mean sea level, three feet below 899 feet MSL – the level at which Cooper was required to enter the emergency classification status. Weather forecasts and U.S. Army Corps of Engineers expected upstream dam releases indicate the river’s level at Brownville will slowly continue to drop. The plant operated safely while under a NOUE.

Utility officials made the decision after several days of river elevations consistently dropping below the 899-feet sea level mark and discussing the decision with county and state agencies. Plant staff also conducted a thorough assessment of the site’s emergency preparedness plan before making the decision to exit the NOUE.

The station made the notification as part of the station’s emergency preparedness plan that includes procedures to follow when flooding conditions are in effect.Cooper was in the Notification of Unusual Event status for nine days.

There was no threat to plant employees or the public throughout the event. A Notification of Unusual Event is the lowest and least serious of four emergency classifications established by the Nuclear Regulatory Commission for nuclear power plants. 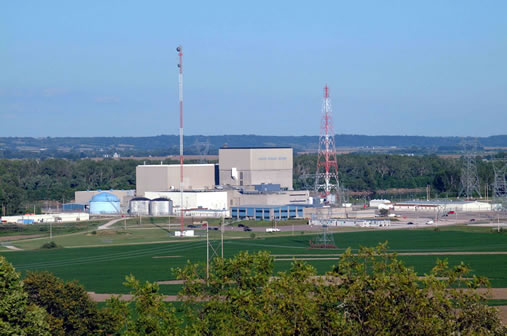