The forces of inadequate original construction and decay of building materials over time silently feed the infiltration monster hiding in so many homes.

Infiltration! It sounds like a headline ripped off the daily news or part of a book title from a Tom Clancy action/thriller. You might dismiss what I will share as a conspiracy theory. However, you should know, this one likely involves you.

Consider the following: Everyone uses energy to heat and cool their homes. In fact, most Nebraska homes use four times more energy per year to keep them warm than to keep them cool. Thus, the forces of inadequate original construction and decay of building materials over time silently feed the infiltration monster hiding in so many homes. Ultimately, it leads to people asking, "Why is my electric bill so high?"

Conspiracy? I ask you to consider these two deceptive energy wasters and view your home in a different dimension. It requires taking a "Twilight Zone" perspective. As Rod Serling would say, "It is a dimension as vast as space and as timeless as infinity. It is the middle ground between light and shadow, between science and superstition…" It is the realm of infiltration in your home!

Infiltration is caused by wind, negative pressurization of the home, and air buoyancy forces combined with how these variables allow outdoor, unconditioned air into your living space. To put it simply, these intruders are leaks!

Where do the biggest offenders occur? According to the Department of Energy:

Conspiracy? I think not. Be EnergyWise℠!

Your local utility and Nebraska Public Power District want to help you make the most of the energy they provide you. If you’d like additional information on finding and reducing  infiltration in your home, please reach out to them. You may be eligible for incentives to reduce the cost of energy efficiency improvements. Your local utility can update you on other incentive opportunities. 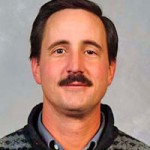 Full-sized residential swimming pools can use as much energy during the summer months as the rest of your home over that same period. reduce the cost of maintaining your pool this season.